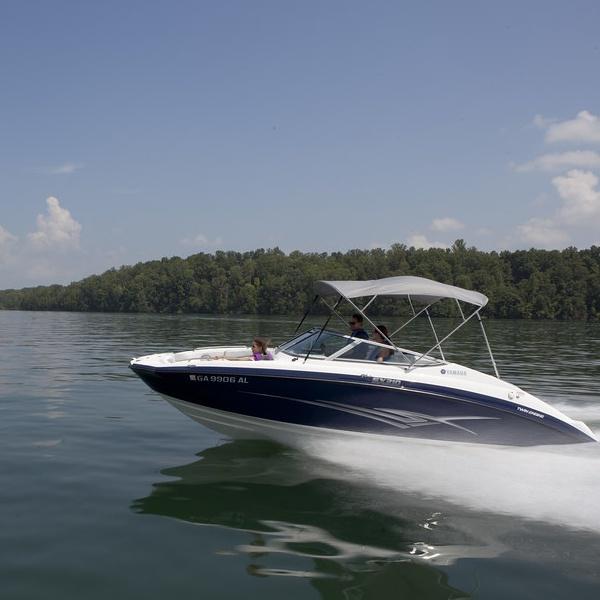 With Independence Day this weekend, there are sure to be more boats on the water than any other time of the year. It's a time where we celebrate our country's freedom, enjoy good company, and have fun in the sun. While these festivities make for a good time, it is important to remember that even when you're having fun, you still need to be careful. This is especially true if you are out on the water in a boat.

One of the important things to remember about boats is that many of them have a motor. This means they are, by definition, a motor vehicle. While most people are responsible on the water, just like on the road, there can always be those that think the rules don't apply to them. Alcohol consumption can be dangerous if you're driving the boat, because it hinders your vision and ability to drive. When out on the water, you need to be aware of where other vehicles are, and the depth of the water in your area. Since most boats don't have seat belts, any level of collision may result in severe injury or worse.

Boat accidents are difficult cases to litigate simply because they aren't as common as car accidents. Many people think of boats as toys, and don't believe the chances of crashing on a lake or ocean considering the amount of space available. While your standard boating accidents may not result in catastrophic injuries, they can certainly cause a large amount of damage to anything in their path. When these accidents do cause physical harm, it is often devastating. All of these possibilities mean that you need a good lawyer on your side to get you through these difficult issues.

Wayne Hardee is an extremely accomplished lawyer when it comes to boating accidents. He has decades of experience helping people with their case and making sure they get the compensation they deserve. While a boating accident can seem like an impossible case, Wayne Hardee can help you face it. If you have been injured in a boating accident or if your property was damaged, give him a call. It can be difficult to keep your head up, but with Wayne's dedication and experience on your side, it's full steam ahead! 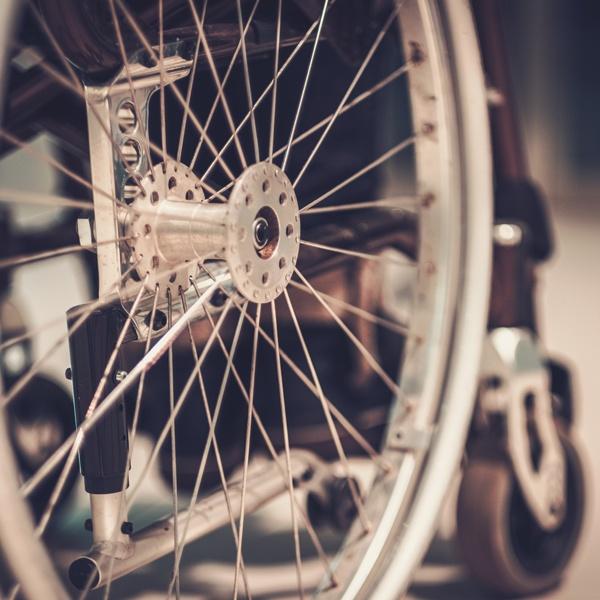 No one really starts their day expecting to get seriously injured. Unfortunately, however, these injuries do occur. When an accident happens, and it results in an injury that is life changing in severity, it is known as a catastrophic injury. While we often think of these types of injuries as the result of incidents such as car accidents, the truth is that a catastrophic injury can happen in many ways, and some that even may seem unlikely.

As an example, think about the last time you slipped on something and fell. Whether the substance was wet or icy, you likely felt your feet go out from under you as your center of balance shifted and your stomach dropped as you began to fall. Depending on whether you landed on your back, buttocks, side, or front, your likelihood of injuries and type of possible injuries can vary widely. While you may be able to walk away with some minor bruising and hurt pride, you are equally as likely to end up with something broken or torn, especially depending on your age. The older you get, the more likely an injury is to be catastrophic.

Even if you are on the younger end of the spectrum, a fall can mess up your body. A torn tendon or ligament can mean surgery and years of physical therapy even just to get back to a point of performing daily tasks. Sometimes however, the injury is too severe. Head, neck, or back injuries are not uncommon with falls, and they can lead to life-long problems such as paralysis. When this happens, you need someone who is on your side, an will fight to lessen the burden of your injury.

If you have suffered a catastrophic injury, call us to handle your case. Wayne Hardee Law has had decades of experience with these types of injuries and will fight to get you the compensation that you deserve. You have enough to worry about while recovering, so let Wayne help you with the legal side of the issue. In many cases, we can't make the impact of your injury go away, but we can do what we can to help you get back on your feet. Give us a call, and see how much we can help!

What If They Don't Have Insurance? - Greenville Attorney 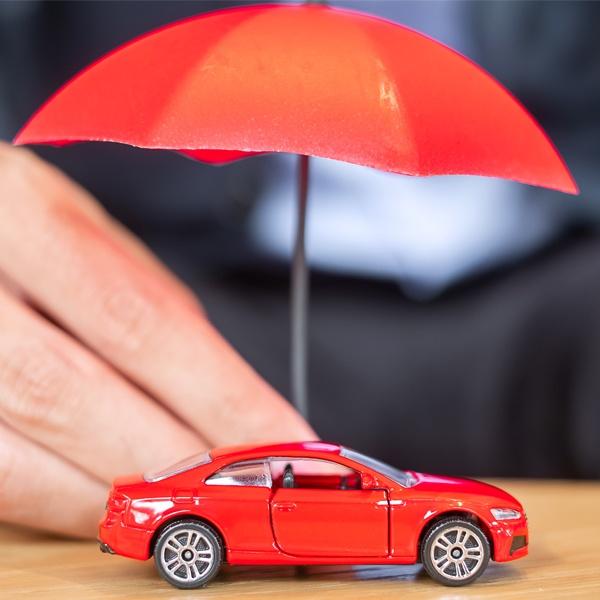 Driving requires a lot of preparation before you ever get behind the wheel. The state you live in may have stricter regulations than others, but at the very least you normally find some of the same basic requirements in most places. In North Carolina, these include requirements like driving classes, practice hours behind the wheel, a written exam and a driving test, and a probationary period with certain restrictions. One of the most important things that is needed before you can actually go out on the road, however, is one of the more expensive factors. I am speaking, of course, about insurance.

In order to legally drive a car registered in most states, you need to have some type of insurance. In North Carolina, you need liability insurance to protect the driver and their family against injury and property damage that is caused by another driver's negligence who might have limited, minimum, or no insurance. Regardless of how your state insurance laws work, it is needed in case you are in an accident and you are hurt, someone else is hurt, or either car is damaged. A lot of the insurance conversation depends on who was at fault in the crash, but what happens when the person at fault doesn't have insurance?

If you were in an accident and at least one party doesn't have insurance, there are a few things that alter how you need to handle the situation. This becomes more complicated based upon how much damage was done or how severe the injuries were. You will likely need help medically and financially, and trying to chase someone down so they can take responsibility isn't easy. Insurance companies usually do this, but they can scew the details of the crash so you wind up without the necessary amount of compensation. This is why you need to have a good lawyer that you can rely on.

Wayne Hardee has decades of experience with accident cases of all kinds, including those where at least one person involved is uninsured. While this isn't the ideal situation, there are still things that can be done to help you out. If you were injured, you should know that there is someone on your side. Wayne will fight to get you the compensation you deserve so that you can focus on your recovery. Give him a call today, and see how much of a difference he can make in your case! 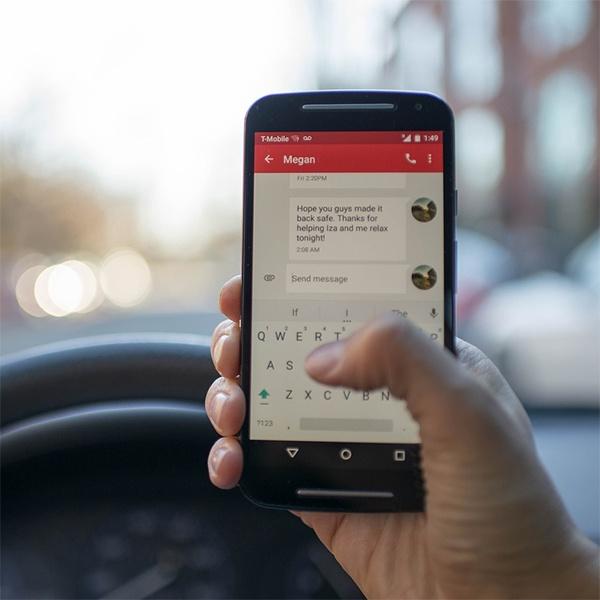 With the pace of life today, it can be difficult to put your phone down. It doesn't seem to matter what age you are anymore, there are people in every generation who act as if they are addicted to their phones. Whether you spend your time scrolling through social media or even talking to your family and friends, there is so much that you can do on that small screen. While it can be a nice change of pace to unplug every now and then and soak in the world around you, you don't always have the time. That is when the phone becomes a useful crutch.

The problem is that a large amount of people don't seem to be able to put theirs down at all. They continue to put their noses in their phones when they should be focused on something else that is in front of them. This can include anything from watching their children to driving or even sleeping. While in some cases it's rude or disrespectful, in others it is downright dangerous. It doesn't seem to matter how many times people are told that they shouldn't use their phones in certain situations, some just don't seem to care.

If you have ever stopped at a traffic light and looked around, chances are that you have seen someone fiddling on their phone while behind the wheel. It can be frustrating if you are stuck behind them and they are more focused on their phone than the road so you can't move until they do, but it can be downright terrifying if they are moving any paying attention to their phone. It only takes a second to get into a crash, and when someone else on the road is looking down at their phone for any reason, it can be more than enough time to cause an accident that can turn deadly.

If you were involved in an accident of any kind that was caused by someone on their phone, give Wayne Hardee a call. He has decades of experience representing people with cases like this, and will do everything he can to get you the compensation you deserve. It is frustrating and often scary to go through this kind of experience, but with Wayne Hardee you don't have to do it alone. Give him a call and see how much you can do when you have him on your side!