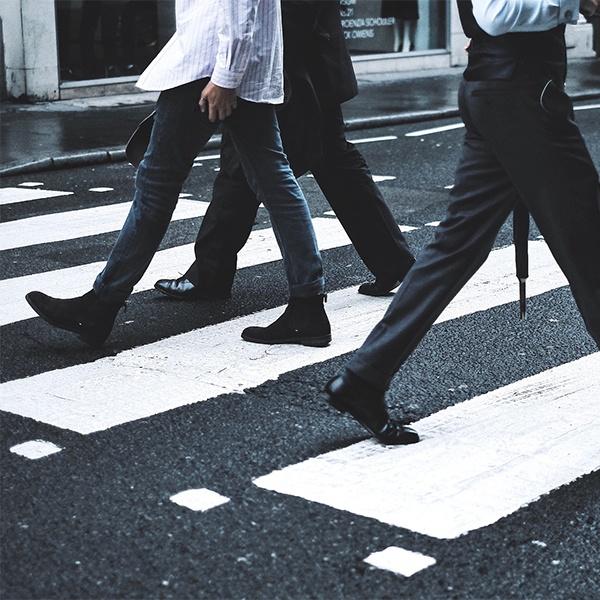 Trying to cross the street can be an anxiety-inducing experience. Even with crosswalks and lights, you never know when someone is going to ignore the rules of the road or be just slightly too late to react because they were distracted. Often times, crossing the street can feel like you're taking your life into your own hands even if you're following all of the laws. No matter what someone's reasoning is, if you had the right of way and were still hit, they were in the wrong. This is especially true in North Carolina, where pedestrians have the right of way in all crosswalks and driveways.

Even crossing one way streets can be dangerous if someone isn't paying attention. It is often instilled in us from a young age to look both ways, but it can seem almost silly to do it while crossing a single lane street. It's important to remember, though, that some people either don't pay attention to the signs like they should, or that roads sometimes change. Even though it may not be your fault, it doesn't hurt to exercise caution when around moving vehicles. Crossing the street shouldn't be dangerous, and yet it accounts for a good amount of the crashes we see in this country every year.

While we could spend time to tell you how to safely cross the road, we are sure you understand how to do it yourself. The main thing to remember is that if you were in a crosswalk and you followed the direction of any signal there may have been, you were not at fault. It can be hard to feel like that's true while you're recovering or being called day and night by insurance companies that are trying to place the blame on you so they don't have to pay your medical bills, but we can assure you that it is. That's why you need a lawyer on your side.

Having someone like Wayne Hardee helping you with your car accident related claim can only help you in the long run. He has decades of experience representing people who were injured due to the poor choices of someone else and won't rest until you get the compensation you deserve. We know how stressful it can be to try to recover from an accident, but you can do it with someone is in your corner. Let Wayne Hardee help you out today!