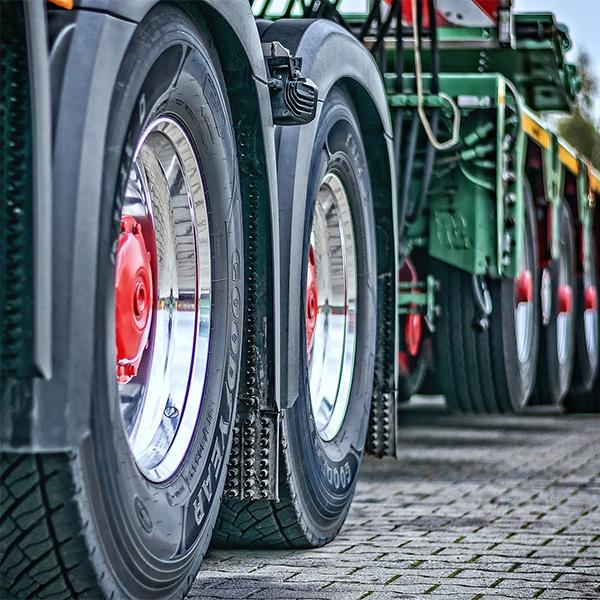 Going for a drive can be relaxing under the right circumstances, but unfortunately it can be dangerous under others. It can be an intimidating thing, driving around on the roads surrounded by vehicles much larger than your own. It shouldn't come as a surprise that these can cause a lot more damage if you are involved in an accident with them than the majority of other, more commonly purchased vehicles. While we know that large trucks require extra training to drive, that doesn't erase the fact that drivers are still human and mistakes can be easily made. Unfortunately, their mistakes can also easily be deadly.

When it comes to sharing the road with trucks, it can be scary if you aren't used to them. A truck can obviously cause more damage to your car than you can to them, so it makes sense that you drive more cautiously around them. Many people drive for years and still tend to get nervous when there are a lot of large trucks on the road with them. While a lot of it has to do with your experiences as a young driver, a good amount of the concern can be the result of simply seeing pictures of a collision between a truck and a car like the one you're currently driving. All the statistics you can research won't be able to counteract that anxiety.

Accidents are never a good thing, but they're even worse when the size and weight of the vehicles involved are heavily skewed towards one. While some people are lucky enough to walk away from these accidents with minor injuries, they often lead to severe harm or even death. The possibility of a crash is always there, but when highway speeds and large trucks are involved, it gets worse. It is never something that we want to hear has happened, but we know that it is unfortunately unavoidable, which is why we want to help you.

If you have been in an accident with a truck and were injured, then you probably have a lot of questions about your options going forward. Thankfully, you can call Wayne Hardee and get your legal questions answered. With almost 40 years litigating for car accident victims, Wayne has seen almost everything you can see when it comes to truck crashes. Give him a call and see what a difference he can make in your case! 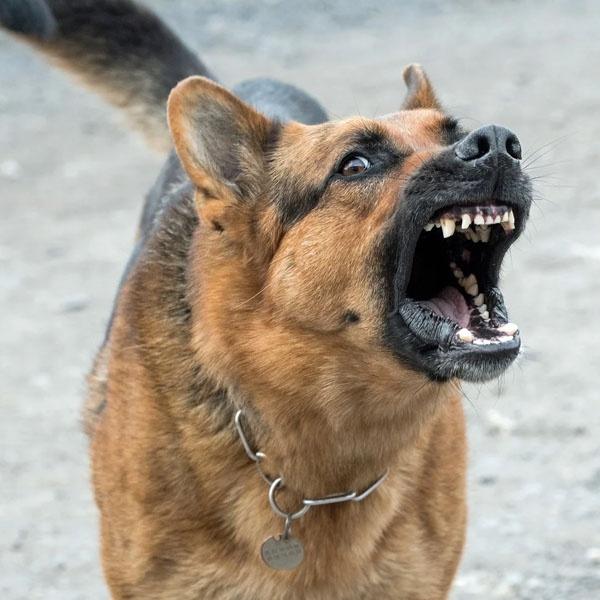 While we all like to think of our beloved pets as sweet and cuddly, not every animal is going to fit that bill. It can be difficult to imagine anyone's favorite pet attacking someone, but it happens more often than you may think. Animal attacks are naturally going to be a difficult subject for multiple reasons. Unless you work in animal control, you don't really expect to be attacked by an animal, especially if the owner is nearby. If you know someone who has been attacked by an animal, you have an idea of what can happen. If you were attacked yourself, you know how truly terrifying it is.

A former coworker of mine recently told me about her recent brush with an animal attack. She was walking her dog on the sidewalk a few streets away from where she lives when she suddenly heard a noise a few houses down. The front door was wide open and a large dog came bounding out of it without a leash or collar. It started running at her and her dog, who is considerably smaller than this dog was. She picked up her dog, as the neighbor's dog continued darting toward them. It started biting her in an attempt to get to her dog. She screamed and yelled and tried to fight, but it wasn't until another neighbor came out that they were able to free her.

Naturally, she had to go to the hospital due to the bites she received while trying to protect her dog. In her attempts to contact the neighbors who owned the dog, she was met with nothing but hostility and a refusal to work with her on medical expenses. She felt there was no other option besides seeing a lawyer. This is, unfortunately, a common result of an animal attack.

If you were the victim of an animal attack, you need a good lawyer on your side. Wayne Hardee Law has years of experience working with these kinds of cases, and knows how to get the results you deserve. We'll help you get the proper compensation for expenses such as medical bills, lost wages, and even pain and suffering under certain circumstances. Give us a call today, and see how much of a difference we can make in your case! 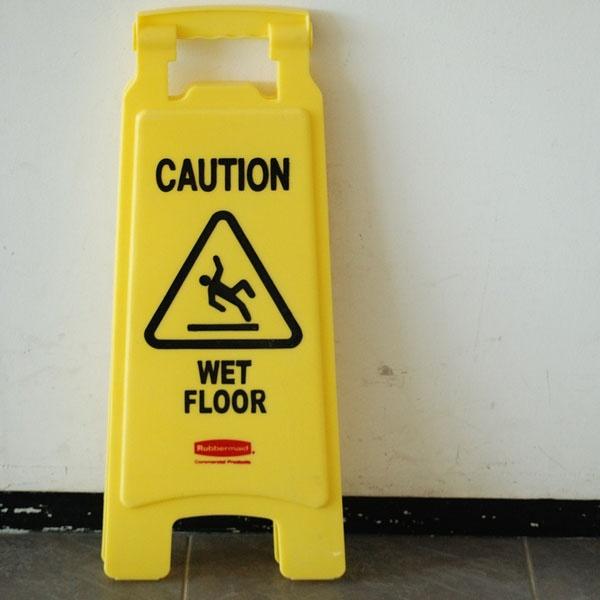 Most people spend the majority of their lives in and on other properties than their own. Everywhere from our place of work to grocery stores is owned by someone else. While this doesn't normally have an impact on our day to day habits, it can quickly become important if something bad happens. While there are any number of injuries that can happen in our own homes, it is just as likely that we are hurt in another location. In fact, it happens often enough that these types of cases have their own umbrella term. These cases are called premise liability.

The concept of premise liability is very similar to the idea that when you are driving, you are responsible for everyone in your car. If someone is hurt on a property that you own, you may be held responsible if you have an unsafe condition which caused the injury. While you can't be found to be at fault for some things, like if they step on their own pant leg and fall over, there are many things that you can be held accountable for. This can include just about anything that you could have fixed or put a warning up to prevent.

If you have ever walked through a building and seen a “Wet Floor” sign, it may only seem like an act of precaution, but it's also a method to prevent a premise liability case. Issues like slippery floors can definitely cause injuries, and it is important for a property owner to make sure that anyone currently on their property knows this. While wet floors are one of the most common causes of injuries, someone can be hurt due to anything from a carpet ripple to faulty wiring to a misaligned door frame. These types of injuries can be, and often are, severe. It may come as a surprise how often these instances occur. It is important that you know what actions you can take if you were hurt on someone else's property due to their negligence.

If you suffered an injury outside your home due to someone else's actions, you may be able to argue a premise liability case. To do that, you're going to need help. Wayne Hardee has decades of experience as a lawyer taking on premise liability cases in North Carolina. These claims can be difficult, but with someone like Wayne on your side, you can breathe knowing that you have some of the best representation in the state. Give him a call today, and see how much of a difference he can make in your case! 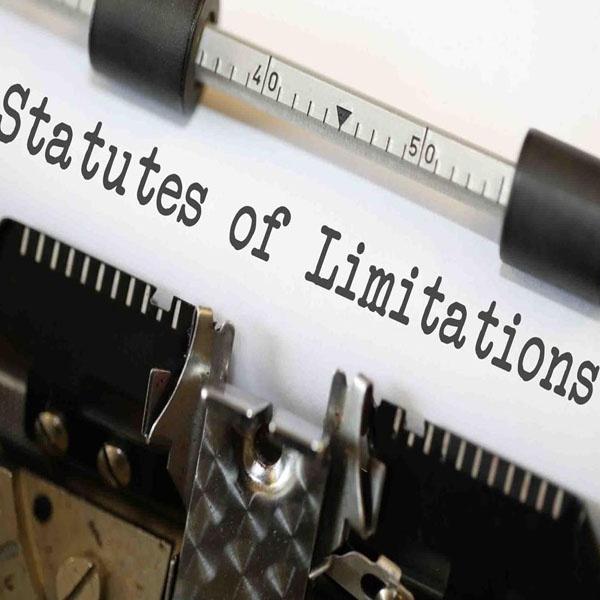 When it comes to car accidents, there are any number of things that can go wrong. Even the smallest tap in the wrong spot can cause an injury that sidelines a person for years. You just never know how bad a crash is going to be until you are looked at by a medical professional. Most of the time, people are lucky and can walk away with minor injuries. However, even those best case scenarios often come with costly medical bills and most Americans simply don't have the savings to bounce back from that. This is why when your crash was caused by someone else's negligence, it is important to know what options you have.

While no one really ever wants to be involved in a lawsuit, sometimes there is no other option. When you have a lot of medical bills from treatments after a car accident, it can be hard to see what other options you have. Even if the accident wasn't your fault, you still need to be able to provide for yourself and your family. That can be difficult enough to do under the best of circumstances, but if you were hurt and can't work you may not have an alternative.

The biggest issue with accidents like these is that complications don't always show up right away. You can't file a lawsuit if you don't develop a medical issue immediately. This is where something called the discovery rule comes into play. The statute of limitations for personal injury of three years won't begin until an injury is noticed, meaning that if you had a car wreck, but didn't realize you were injured until days later (which happens often), your three year span will begin when “bodily harm becomes apparent or ought to have become apparent”. This is one of the reasons you have a bit of time to file. Regardless of whether or not you or a loved one was injured, though, it's still a good idea to speak to an attorney following an accident. Just because you weren't hurt doesn't mean you won't need recompense for other damages.

If you do decide that a lawsuit is needed, give Wayne Hardee Law a call. He has decades of experience with this type of fight, and will do everything he can to get you the compensation you deserve, both for the damage done to your vehicle and your self. Make sure that you have a strong legal team on your side, so you can focus on your recovery and get back to your life before the crash. Give us a call today, and see how much of a difference we can make in your case!